A galaxy of colourful animal and human sketches adorn the caves in the rocky hills of this arid wilderness in northern Somalia, home to Africa’s earliest known and most pristine rock art.

But in a region ravaged by two decades of relentless civil unrest and lawlessness, the archeological site is at risk of destruction, looting and clandestine excavation.

The 10 caves in Laas Geel, Somali for “camel watering hole”, outside Hargeisa, the capital of Somalia’s self-declared Somaliland state, show vivid depictions of a pastoralist history dating back some 5,000 years or more.

The paintings were discovered in 2002 by a French archaeology team and have since been protected to bar looters after their value became apparent to locals who previously feared they were the work of evil spirits.

“The people around here thought the caves had evil spirits and never used to come near. They offered sacrifices not to be harmed,” recounted Ali Said, an assistant archaeologist with the Somaliland government. 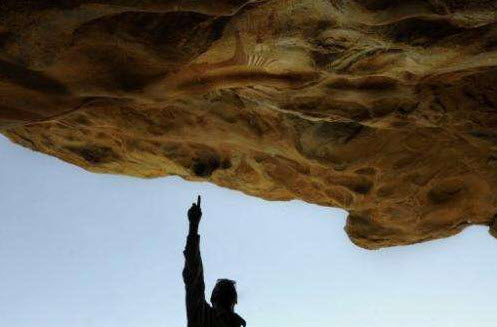