The only archaeologist of Somaliland

As a 14-year-old Somali refugee, she came to Sweden. Now she works as an archaeologist in Somaliland.

Sada Mire is the only archaeologist of Somaliland. “That often means choosing between doing scientific research or taking action,” she says from her home in Great Britain. “At the moment, for example, I am more activist.” She stimulates tourism to Somaliland by bringing the country’s heritage to the attention. Like the 5,000-year-old prehistoric rock art of Dhambalin that she herself discovered. On a surface of twelve by four meters giraffes, dogs, snakes, cattle, sheep and hunting people are depicted in red and white. Some animals do not have a head.

The five thousand-year-old images of people and animals would normally be part of the UNESCO World Heritage, she believes. But Somaliland, which declared itself independent in 1991 at the beginning of a civil war, has not been recognized internationally.

The story of Sada Mire the archaeologist is also that of Sada Mire the refugee. At the beginning of the Somali civil war, her father, a policeman, was murdered. Her mother fled to Sweden with Mire and her twin sister.

“In order to get to know myself and Sweden better, I started studying archeology after high school. As a refugee, I felt inferior: from a failed people from a failed country, I myself was an example of that failure. But through research into nineteenth-century Sweden I discovered that the Swedes had similar experiences: driven by poverty many Swedes emigrated; they too have had to start a new life in a foreign country. That knowledge made me feel better at my place in Swedish society. ”

Although she specialized in archaeozoology and acquired the historical Scandinavian fauna, she also kept her Somali roots busy. After graduating, she moved to University College London to promote on ritual landscapes in the Horn of Africa.

In 2007 she traveled to Somaliland for the first time to do archaeological research. To her surprise and dismay, she discovered that the archaeological heritage was destroyed and plundered and that the inhabitants of Somaliland were not worried about it. Through conversations with the local population she found out that it looked differently from heritage. “For them it is something of the white Westerner.”

In colonial times, British officers went to investigate ruins near their post in the north, but there was no systematic approach, there was no contact with the local population, and excavated objects were taken to Great Britain. In the south, the Italians built a museum in Mogadishu in 1934, but that was mainly ethnographic and had little to do with the past. After the independence of Somalia in 1960, foreign archaeologists and UNESCO went to work, even now without involving the local population. When the civil war broke out, the warlords organized illegal excavations to finance their struggle.

Mire discovered that Somalis have no difficulty in looting archaeological sites because they understand something different from heritage than monuments and old objects. “Objects are only temporary and go broke. That is not bad as long as you have the knowledge and skills to make new ones. You need that knowledge and skills to survive. That is the heritage that has to be passed on. “For Mire, that was the reason for their knowledge-centred approachcalls to call in life. “When I show a picture of a pot that is thousands of years old, they tell me how their grandmother made such a pot, where she got the best clay and how she taught them how to make such a pot. All things that I want to know as an archaeologist, if I find a shard somewhere. By appreciating their knowledge and skills, I can then submit my archaeological information. That it is important for me that an archaeological site is not disturbed. But also that such a location can attract tourism and bring their economic benefits. ”

After six years, Mire has discovered a hundred new sites. She has trained fifty local people around the country to map and protect these sites. She is no longer in government service; CNN, the BBC and TEDx have discovered her. “I founded Horn Heritage Charity and can now raise funds myself. With the organization CyArk, for example, we are busy recording rock drawings digitally. That takes a lot of time, but I am looking forward to doing scientific research again later. ” 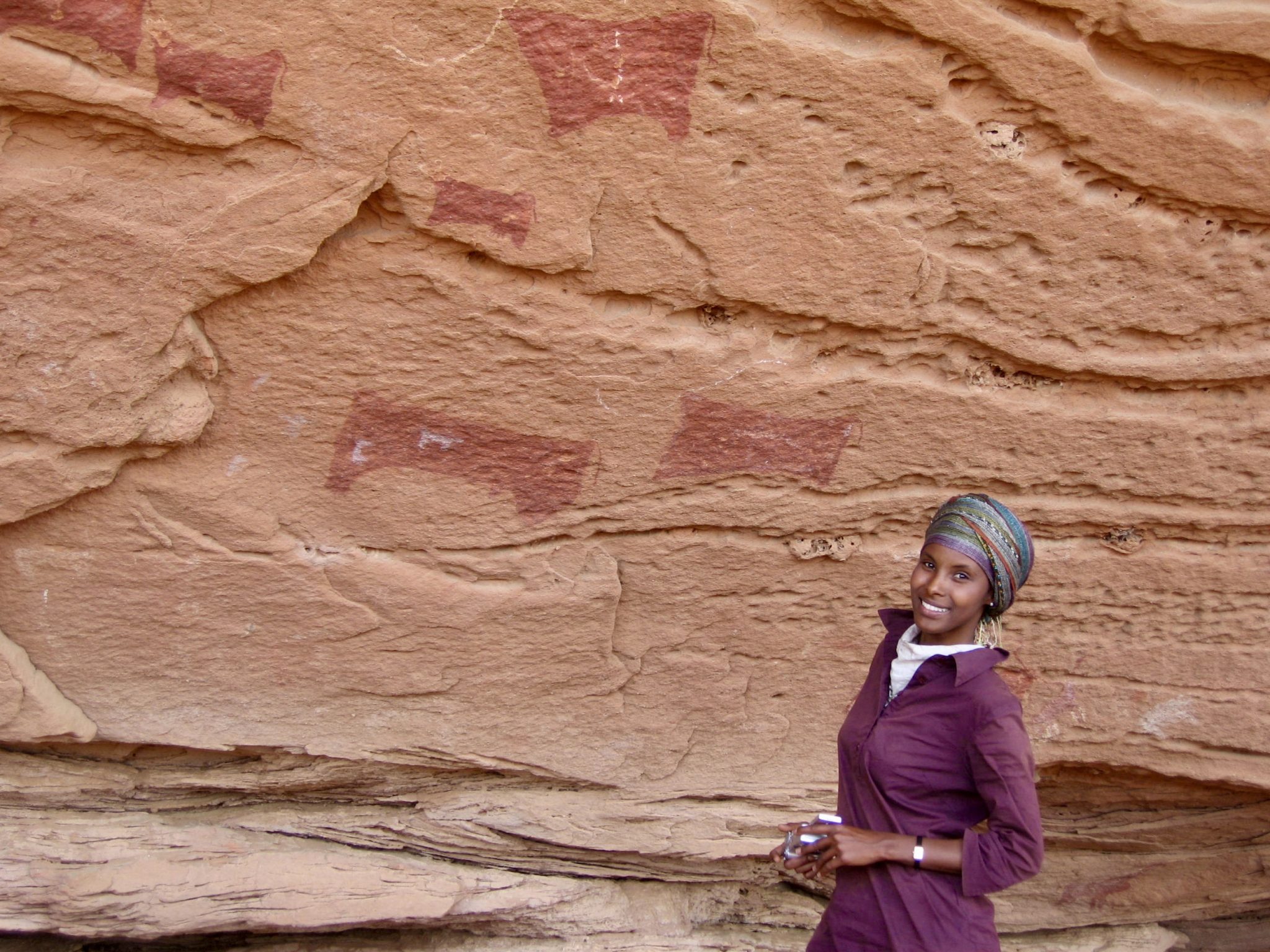