NewScientist features Sada Mire: We need culture in a time of war

As a child she was forced to flee Somalia. Now Sada Mire is back, uncovering ancient rock art and ruined towns. She told Curtis Abraham what it’s like to be the only working archaeologist in the region, and why she believes cultural heritage remains a priority even in times of war and famine

What was life like growing up in Somalia?
I grew up in the 1980s in the Medina area of Mogadishu, a multicultural east African town with Somalis, Kenyans, Italians, Arabs and descendants of Chinese merchants. My father was a police officer and my mother … 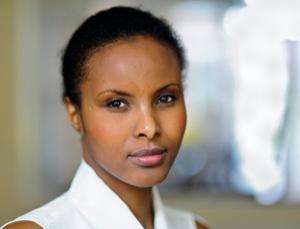