Violent conflicts all over the world pose a great threat. Not only to the region’s inhabitants, but also to the cultural heritage in the area. This is the subject of the Europe Lecture in The Hague on 13 June.

It came as a shock: in May 2015 terror group Islamic State captured the Syrian city of Palmyra, one of the most important archaeological sites in the Middle East. The desert city has since been ‘liberated’ by Assad’s troops, but several ancient temples have not survived the brief occupation. They were blown up because they were said to have glorified idolatry.

During the Europe Lecture – an initiative of the Europa Nostra – scientists and policymakers will discuss how cultural heritage sites like Palmyra can be better protected. What can we do to prevent ‘cultural genocide’ and the smuggling of art objects? And what role do European and global institutes play in this effort?  These and other questions will be answered by the speakers at the Lecture, including Irina Bokova (Director-General of UNESCO) and Silvia Fernández de Gurmendi (President of the International Criminal Court).

Leiden University will be represented at the meeting by Sada Mire, assistant professor at the Faculty of Archaeology and the only active indigenous Somali archaeologist in the Horn of Africa. In her lecture, Mire will contend that cultural heritage plays an essential role in helping prevent this kind of conflict. 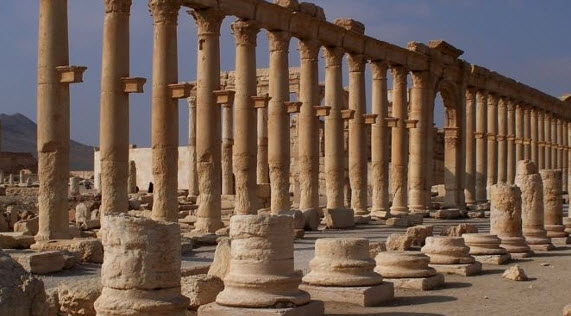