H.R.H Princess Laurentien of the Netherlands, UNESCO Special Envoy on Literacy for Development

I am honoured to be speaking here today and responding to this important speech by Ms Bokova in this Europe Lecture. Europe itself is a continent which’s heritage I am personally connected to through my Scandinavian experience.

The Director-General has made the point that UNESCO values cultural heritage as a bond for the humanity we all share. I of course share this view…

I was 14 when my family fled from the Somali civil war and ended up in Sweden.

I witnessed the destruction of the ancient quarters of my hometown Mogadishu.

I was a refugee in Sweden when I became fascinated by European pre-history and enrolled for Lund University.

I felt at home in Sweden through its heritage and human stories.

However, I learned also about archaeology and political groups when in 2002 riots took place in India because radical Hindu nationalists destroyed a 500 years old mosque in the ancient

I published my first academic paper on the Ayodhya conflict.

I mention this example because historically, intentional destruction, as we know, is not something new or limited to a region of the world, it has taken place throughout history.

In fact, after reading up on this very church we are in this evening I learned that it used to have a catholic iconography destroyed during the iconoclasm of the reformation in the 16th (beeldenstorm). 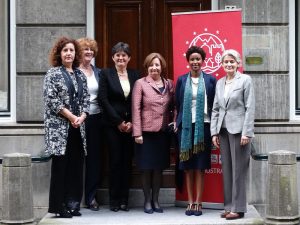 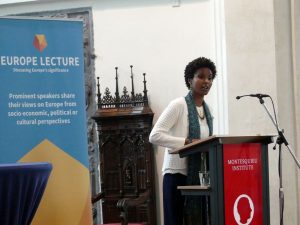