Scientist unearths 5,000-year-old rock art, including drawing of a mounted hunter, in Somaliland.

Striking prehistoric rock art created up to 5,000 years ago has been discovered at almost 100 sites in Somaliland on the Gulf of Aden in eastern Africa.

A local team headed by Dr Sada Mire, of the Institute of Archaeology at University College London (UCL), made the finds, which include a man on horseback, painted around 4,000 years ago – one of the earliest known depictions of a mounted hunter.

Leaping antelopes, prancing giraffes and snakes poised to strike are among animals and reptiles depicted with astonishing clarity.

Such is the quality of the paintings that at least 10 sites, scattered across semi-desert terrain, are likely to be given World Heritage status. 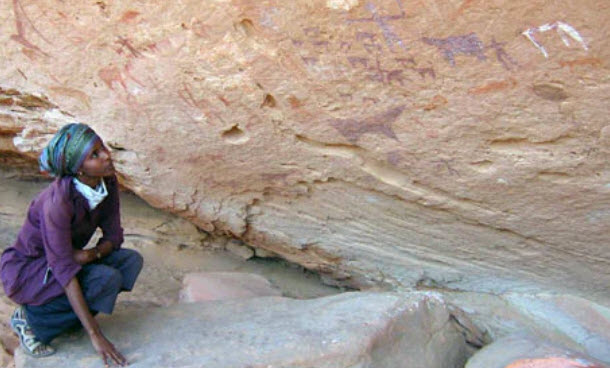